Absinthe and World War I 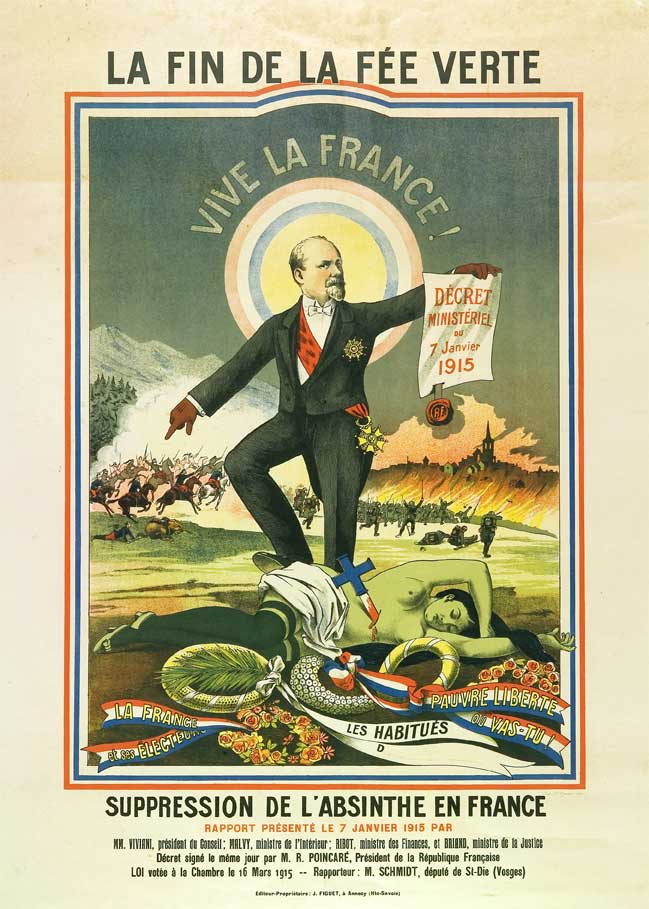 Absinthe was banned in France in 1915, and by that time it had been blamed for a lot—including the deterioration of the quality of France and its people as a whole. By the turn of the century, absinthism wasn’t just a mental illness; it was a rampant disease spreading through the countryside that would ultimately lead to the country’s downfall.

According to supporters of the temperance movement and the absinthe ban, absinthe was single-handedly destroying French culture and society. Birthrates were at a low, and illnesses like tuberculosis were at a high. So were admissions into mental institutions and insane asylums, instances of extreme violence, and suicides. While in retrospect it might seem like these are the problems of any country in the middle of a transition into a highly industrialized society, in France, it was all blamed on the absinthe.

It was the outbreak of World War I that gave finally the French temperance movement what it needed. When men began enlisting in the French army, they began failing physicals and medical exams at an outstanding rate. With up to 20 percent of people failing to make it into the military, it suddenly became clear that absinthe wasn’t just going to ruin French society, it was going to lose them the war. If the country was going to have any chance in the war, the drink needed to be banned. France was one of the later countries to ban absinthe, as it had already been outlawed in many places from the United States to Italy.