Why Was Absinthe Banned For 100 Years? 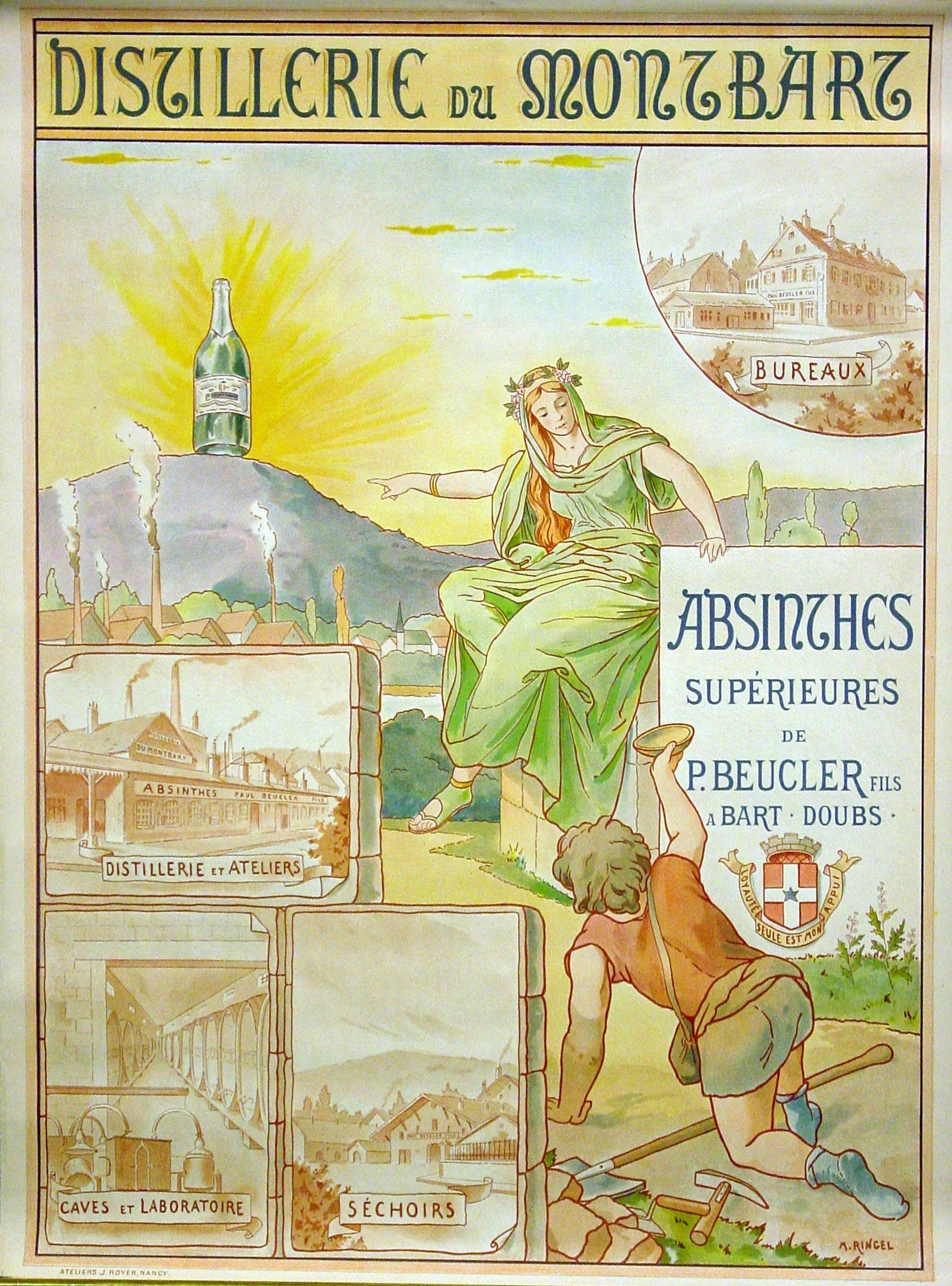 Absinthe originated in the canton of Neuchâtel in Switzerland in the late 18th century. It became popular as an alcoholic drink in late 19th- and early 20th-century France, particularly among Parisian artists and writers.

Absinthe has often been portrayed as a dangerously addictive psychoactive drug and hallucinogen. The chemical compound thujone, which is present in the spirit in trace amounts, caused its alleged harmful effects. By 1915, the US and most European countries, such as France, Belgium, and Switzerland had banned the consumption of absinthe. However, until today, there is no valid evidence that it can be any more dangerous than other ordinary spirits. According to recent studies, absinthe’s psychoactive properties have been exaggerated, apart from that of the alcohol.

Despite the common association between Bohemians and absinthe, the drink was especially democratic. In the 1840’s, French soldiers would consume absinthe as a field treatment for malaria. Troops returned with a taste for absinthe at a time when mass production had dramatically reduced its cost of distribution. Furthermore, there was a massive wine shortage in France during the second half of the 19th century. This fact caused absinthe to grow, almost by default, into its role as France’s most fashionable drink. In French cafes, 5 p.m. (known to Americans as “happy hour”) became known as l’heure verte, or “the green hour,” signaling the onward flow of emerald absinthe. By 1910, absinthe was by all measures the drink of choice in France, as people consumed it at far greater rates than wine or any other liquor.

Absinthe hit its peak during the years from 1880-1910. It was a quintessential part of Belle Epoque French society. The French consumed far more absinthe than any other country, and absinthe drinking was one of the special marks of Paris in the 1890s and early 1900’s. Absinthe was a symbol of inspiration and daring, and became indelibly associated with the bohemian artists and writers who were revolutionising art and literature. Many famous works of art were directly inspired by the drink, including some of Degas’ and Van Gogh greatest masterpieces, and the very first cubist paintings by Picasso and Braque.

Everyone drank absinthe – society ladies, gentlemen-about-town, businessmen and politicians, artists, musicians, ordinary working-men. In 1874 alone, France consumed 700,000 litres of absinthe. However, by 1910, this figure had exploded to 36,000,000 litres of absinthe per year. That sounds like a whole lot, but it actually accounted for only 3% of the total french alcohol consumption, whilst wine had 72% of the total. The french drank a lot!

The Ban of Absinthe

Leading up to the ban of absinthe in several – but certainly not all – countries in the world was a series of incidents and a whole lot of lobbying from the Anti-alcohol-league as well as the wine industry.

Since the French drank more and more absinth, the authorities took action to prevent its consumption. Being a high-proof spirit and fairly cheap in most small cities, it was the perfect target.

In the 1880’s, there was for the first time concern about the results of chronic abuse of absinthe. People believed that chronic use of absinthe led to a syndrome, called absinthism, with symptoms of addiction, hyper excitability, and hallucinations. The science, or pseudo-science behind these reports was dubious and often obviously flawed. However, they became published in the popular press of the day and met the public acceptance.

Nowadays, the symptoms of “absinthism” are primarily attributed to the effects of the alcohol itself. The extremely dangerous chemical adulterants used in cheap absinthes of the time intensified the side effects. Well-made absinthes used chlorophylic colouration from herbs to achieve their characteristic green colour. This however was an expensive and difficult to control process, so unscrupulous low cost producers substituted chemicals such as copper sulphate to achieve the same effect. Antimony chloride – another highly poisonous substance – made the drink cloudy when mixed with water.

During the late 19th and early 20th centuries, France, together with other western countries, was under pressure from various temperance movements and their constituents. Their request was to curb alcohol consumption on a governmental level, as it morally corrupted its citizens. In the midst of this prohibitionist excitement, the word “absinthism” came to lose its specific meaning. Absinthism and alcoholism were confused, and an alcoholic person was simply deemed an “absinthe drinker”.

This confusion of meaning seems to have been deliberately encouraged by the prohibitionist movement. People consider wine to be healthy and natural, since it came from the land and constituted a time-honored tradition, not to mention a major source of revenue. Absinthe, however, was industrial alcohol, and was by far the most alcoholic of all liquors. It’s not surprising, that by the 1890’s, absinthe had become the primary target for the French temperance movement. By the early 1900s, most of Europe and the United States had banned its consumption. The bans persisted for over a hundred years.