Does Absinthe Cause Hallucinations? 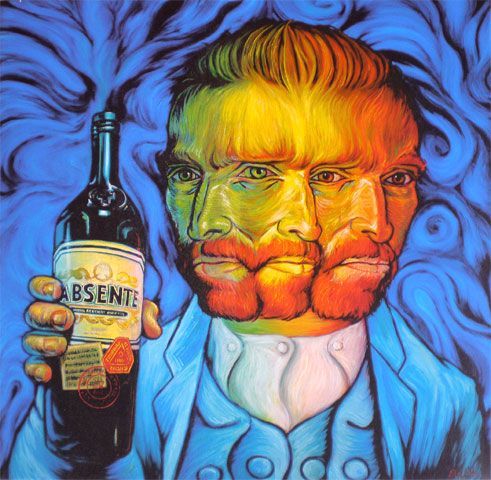 In films like The Mind of a Cafe Waiter, absinthe is depicted as causing serious hallucinations. Even a century later, Eurotrip conveyed a person who was drunk on absinthe hallucinate that they were seeing and speaking to an actual green fairy. Although the latter of these films may seem a little farfetched and imaginary, the idea of hallucinations has been baffling scientists for over a century and could be more realistic than we think.

In the old days, absinthe was made using thujone, which is believed to cause manic, even delirious behavior and recent studies show that “absinthism was associated with gastrointestinal problems, acute auditory and visual hallucinations, epilepsy, brain damage, and increased risk of psychiatric illness and suicide” (National Institutes of Health).

As previously mentioned, absinthe has a pretty high alcohol content, so we can easily assume that a person will get pretty drunk off of it. It is also believed that drinking absinthe drove people mad. One theory was that the thujone in absinthe is the reason for the mania that absinthe has caused in the past. This theory has since been revisited and brought to light by the Columbia University.

They said, “thujone has been known to slow reaction times and impair a person’s ability to pay attention. It also may cause visual or auditory hallucinations for some people. That being said, more recent research suggests that absinthe (containing wormwood oil) has a high alcohol concentration, which may be a more likely culprit for the purported side effects, rather than just thujone alone.”