Stories and Myths About Absinthe 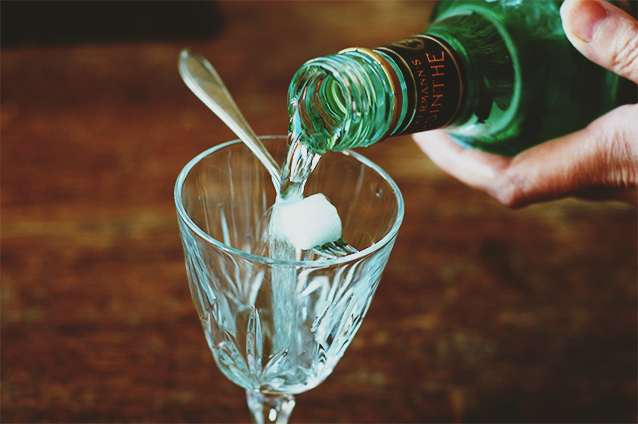 The significant flower in absinthe is the flower of artemis absinthium, – wormwood.

Named for Artemis, the Greek goddess of chastity and childbirth.  The plant was used to promote menstruation and the name may result from its ability to, therefore, demonstrate chastity. Pliny says that the name may also come from Artemisia, wife of Mausolus, but gives no reason for this other than that ambitious powerful people were keen to have plants named for them.

The flowers were used in sacrifices to Egyptian gods as early as 1500 BC.

The psychotic properties of Absinthe may be traceable to thujone from the flowers. Thujone is a trace chemical associated with certain physcological capabilities.

Absinthe became crazy popular in the nineteenth century and then was outlawed through most of the twentieth.

Absinthe was made illegal as a concession to winemakers. It became such a popular pillar of French culture that by 1850 the wine industry grew apprehensive about loss of market share to absinthe. They began a program of fake news to damage absintheâ€™s reputation. They were finally able to have it banned.

The cause celebre that put lawmakers in the wine producers pockets was Jean Lefayâ’s murder of his family in 1904.

The wine guys blew up the fact that Jean drank two glasses of Absinthe just before killing off the wife and kids.

They obscured the fact that Jean was a professional drinker who earlier that day had consumed a bottle of brandy and two bottles of wine. It sounds like Jean drank all the liquor in the house and then went crazy when he found out his wife and children were tippling his absinthe.

Lefay may have been just another angry redneck who has discovered that the kids have been stealing his beer and watering his bourbon.

Scientists began to downplay the dangers of wormwood and liquor marketers could recognize a great marketing opportunity when they saw it.