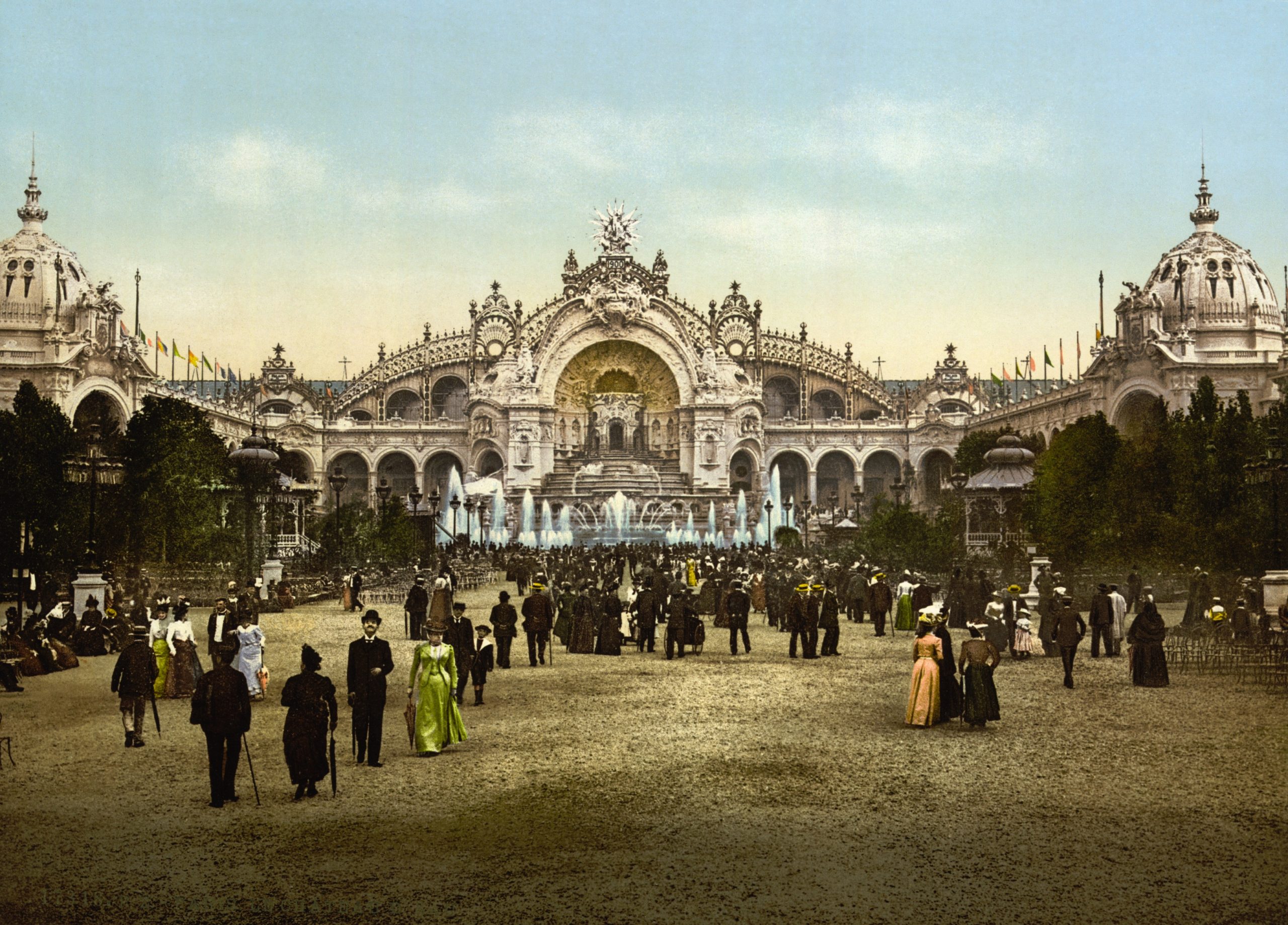 La Belle Époque, or the Belle Epoque, was a period in French history that is synonymous with peace, prosperity, economic growth and optimism.

Occurring during the era of the French Third Republic (which began in 1870), it was a period characterised by optimism; regional peace; economic prosperity; an apex of colonial empires; and technological, scientific, and cultural innovations.

In this era of France’s cultural and artistic climate (particularly within Paris) the arts markedly flourished; with numerous masterpieces of literature, music, theatre, and visual art gaining extensive recognition.

The movement extended across Europe, western Russia and even America, but ultimately it centred around Paris. The Belle Epoque began in 1871 at the end of the Franco-Prussian war, but it truly gained momentum in the 1880’s and lasted up until the outbreak of World War I in 1914.

Entertainment was provided by cabarets, bistros and music halls.

The Moulin Rouge cabaret is a Paris landmark still open for business today. The Folies Bergère was another landmark venue. Burlesque performance styles were more mainstream in Belle Époque Paris than in more staid cities of Europe and America.

By 1903, absinthe, that well-known but little understood mysteriously transformative plant-based green liqueur, had become an integral part of French café life, not only providing so-called muse-like hallucinogenic inspiration to well-known poets and painters like Arthur Rimbaud, Paul Verlaine, Vincent van Gogh and Claude Monet, but it also gave the common, frequent café visitor a uniquely palatable taste and pleasing sensation unlike any other alcoholic beverage that had come before.